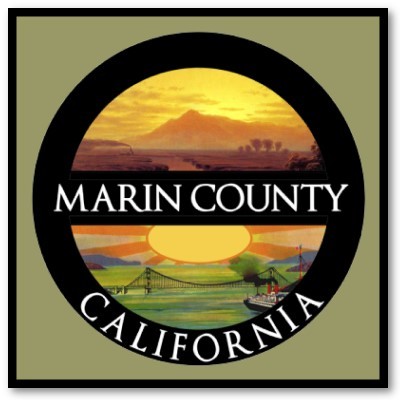 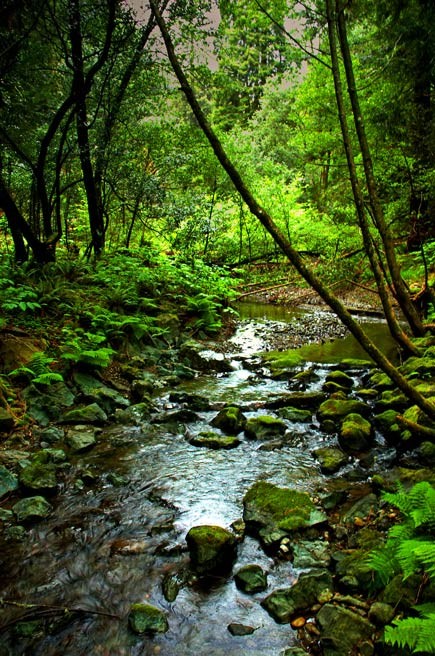 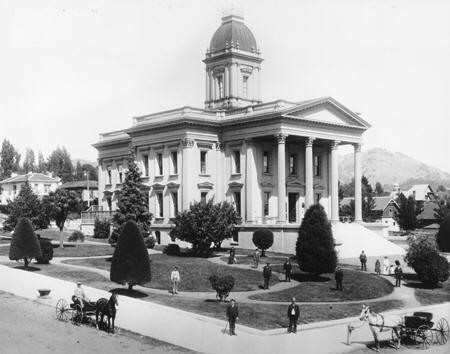 Marin's first civic center was a converted group of adobe buildings situated in downtown San Rafael. A bond issue for a new courthouse was finally passed in 1872, and construction was begun. The new, Neoclassical courthouse accommodated all of the county offices for nearly a century. By the 1950s, the growth of the county, spurred since 1937 by the construction of the Golden Gate Bridge, required the construction of a new complex. The county retained Frank Lloyd Wright to design the Marin County Civic Center, the famed architect's last project.

In 1956, the Board of Supervisors authorized the purchase of the 140-acre Scettrini Ranch, north of San Rafael, for development of a civic center and county fairgrounds.

On April 28, 1958, Wright’s plan for the Civic Center was approved by the Board of Supervisors by a four to one vote. Before his death on April 9, 1959, Frank Lloyd Wright completed concept drawings for all of the structures on the Civic Center campus, including the fairgrounds. The Marin County Civic Center was not only his last major design project but also the only government facility of his design that was ever built. Taliesin Senior Architect, William Wesley Peters and Bay Area architect, Aaron Green, both close associates of Frank Lloyd Wright, carried Wright’s vision for the Marin County Civic Center to completion after his death.

The four-story Administration Building, completed in the Fall of 1962, is 584 feet long. The Hall of Justice, completed in December 1969, is 880 feet long and the bays on both sides of the building are over 40 feet wide. In the courtrooms, spectators sit in curved rows and a curved table serves attorneys in jury trials. A lectern in the middle of the well permits judge and jurors a clear view of the witnesses and attorneys arguing a case. Their design represents a break with traditional courtroom design and has been emulated in other venues.

Frank Lloyd Wright's Concept for the Marin County Civic Center.
Reproduced from the Cover of the Administration Building Dedication Brochure, 1962 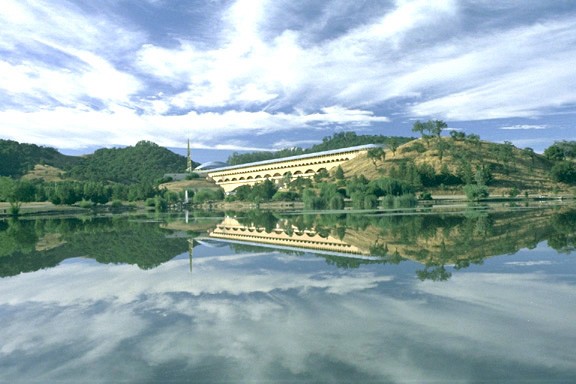 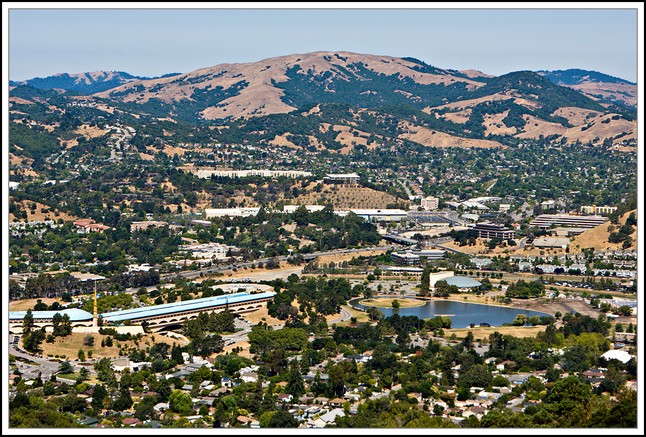 Below are some interesting links about Marin County and Terra Linda
(If you know of other links that you would like added here, please send an email to Ava.)