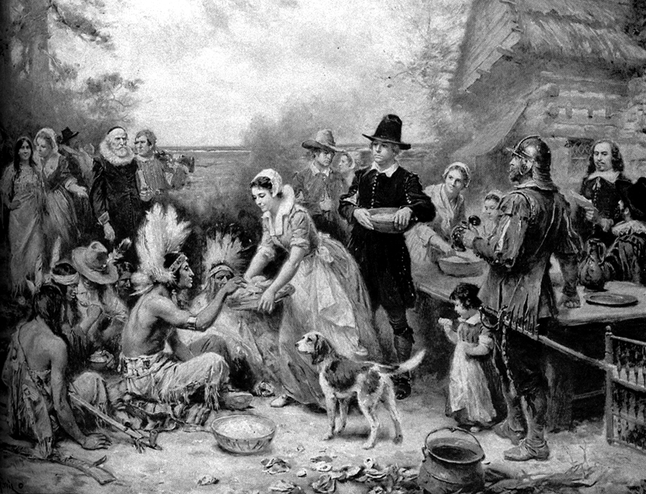 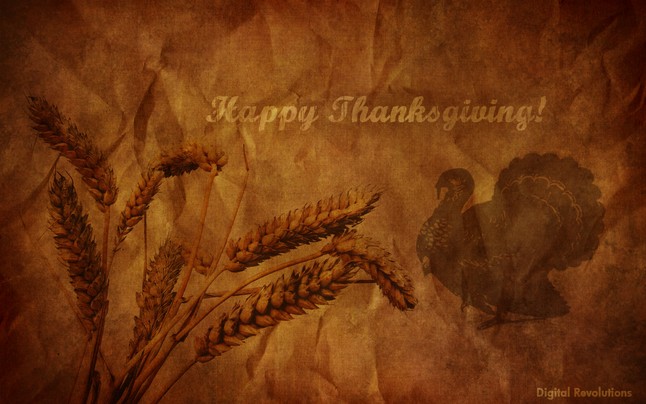 TWAS THE NIGHT BEFORE THANKSGIVING

Twas the night before Thanksgiving and all through the kitchen,
I was cooking and baking and moaning' and twitchin';
I've been here for hours, I can't stop to rest,
This place is a disaster, just look at the mess!

Tomorrow I've got thirty people to feed,
They expect all the trimmings — who cares what I need!
My feet are both blistered, I've got cramps in my legs,
The dog just knocked over a bowl full of eggs.

There's a knock at the door and the telephone's ringing,
Frosting drips on the counter as the microwave's dinging;
Two pies in the oven, dessert's almost done
My cookbook is soiled with butter and crumbs.

I've had all I can stand, I can't take anymore;
Then walks in my husband, spilling rum on the floor.
He heaves and he wobbles, his balance unsteady;
Then grins as he chuckles "The eggnog is ready!"

He looks all around, saying, with total regret,
"What's takin' so long? Aren't you through in here yet??"
As quick as a flash I reach for a knife;
He'd better get going if he values his life!

Now he flees from the room in terror and pain,
Screaming "GET A GRIP, WOMAN, ARE YOU INSANE!!"
Now what was I doing, and what smell is this?
Oh, darn, it's the pies!! They're burned to a crisp!!

I hate to admit when I make a mistake,
But I put them on BROIL instead of on BAKE.
What else can go wrong? Is there still more to dread?
If this is good living, there's a hole in my head!
Now, don't get me wrong, I love holidays;
They just leave me exhausted, all shaky and dazed.
But, I promise you one thing, if I survive 'til next year,
I won't be in the kitchen, pulling my hair out in here.

I'LL HAVE IT ALL CATERED!! 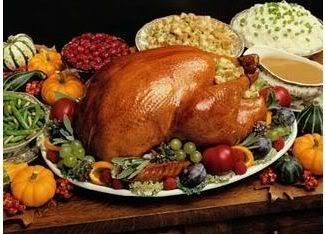 It may be I am getting old and like too much to dwell
Upon the days of bygone years, the days I loved so well;
But thinking of them now I wish somehow that I could know
A simple old Thanksgiving Day, like those of long ago,
When all the family gathered round a table richly spread,
With little Jamie at the foot and grandpa at the head,
The youngest of us all to greet the oldest with a smile,
With mother running in and out and laughing all the while.

It may be I'm old-fashioned, but it seems to me today
We're too much bent on having fun to take the time to pray;
Each little family grows up with fashions of its own;
It lives within a world itself and wants to be alone.
It has its special pleasures, its circle, too, of friends;
There are no get-together days; each one his journey wends,
Pursuing what he likes the best in his particular way,
Letting the others do the same upon Thanksgiving Day.

I like the olden way the best, when relatives were glad
To meet the way they used to do when I was but a lad;
The old home was a rendezvous for all our kith and kin,
And whether living far or near they all came trooping in
With shouts of "Hello, daddy!" as they fairly stormed the place
And made a rush for mother, who would stop to wipe her face
Upon her gingham apron before she kissed them all,
Hugging them proudly to her breast, the grownups and the small.

Then laughter rang throughout the home, and, Oh, the jokes they told;
From Boston, Frank brought new ones, but father sprang the old;
All afternoon we chatted, telling what we hoped to do,
The struggles we were making and the hardships we'd gone through;
We gathered round the fireside. How fast the hours would fly--
It seemed before we'd settled down 'twas time to say good-bye.
Those were the glad Thanksgivings, the old-time families knew
When relatives could still be friends and every heart was true.

Lord,
We humbly ask Thy blessing
on the turkey and the dressing,
on the yams and cranberry jelly,
and the pickles from the deli.

Bless the apple pie and tea,
bless each and every calorie.
Let us enjoy Thanksgiving dinner.
Tomorrow we can all get thinner.

For all Thy help along the way
we're thankful this Thanksgiving Day.
We're thankful too, for all our dear ones,
for all the far away and near ones.

Although we may be far apart,
we're together in my heart.
Keep us in Thy loving care,
This is my Thanksgiving prayer.

P.S. Anyone who wishes may help with the dishes.

T’was the night of Thanksgiving,
But I just couldn’t sleep.
I tried counting backwards,
I tried counting sheep.
The leftovers beckoned,
The dark meat and white.
But I fought the temptation,
With all of my might.
Tossing and turning,
with anticipation.
The thought of a snack
became infatuation.
So I raced to the kitchen,
Flung open the door,
And gazed at the fridge,
Full of goodies galore.
I gobbled up turkey,
And buttered potatoes,
Pickles and carrots,
Beans and tomatoes.
I felt myself swelling,
So plump and so round.
‘til all of a sudden,
I rose off the ground.
I crashed through the ceiling,
Floating into the sky,
With a mouthful of pudding,
And a handful of pie.
But I managed to yell
As I soared past the trees
Happy eating to all,
Pass the cranberries, please!!
May your stuffing be tasty
May your turkey be plump.
May your potatoes and gravy
Have nary a lump.
May your yams be delicious,
May your pies take the prize
And May your Thanksgiving dinner
Stay off of your thighs!
~by Lauren~

Here's a game that's takes lots skill, but beware of the FORK:

Or your can try your hand at a Turkey Shoot?

Before watching video click HERE to turn off music

Turkey Facts
What do you know about turkeys? 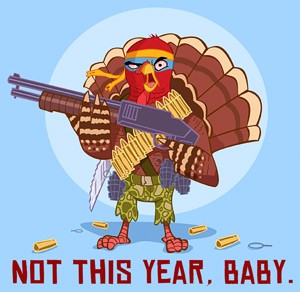 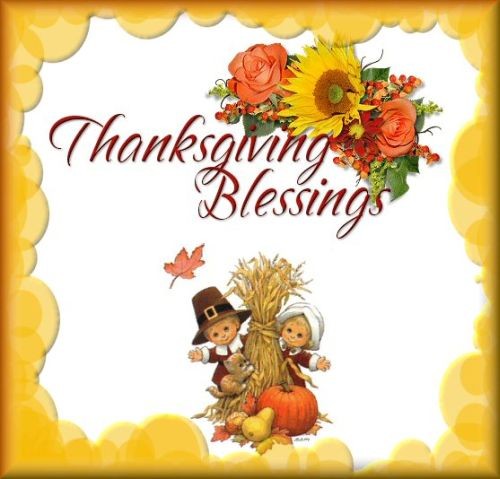 The year has turned its circle,
The seasons come and go.
The harvest all is gathered in
And chilly north winds blow.
Orchards have shared their treasures,
The fields, their yellow grain,
So open wide the doorway,
Thanksgiving comes again.